clint eastwood, every which way but loose, missouri, show-me state, university of missouri

In the late 1970s, when Clint Eastwood read the script for the movie, Every Which Way But Loose, all of his business advisors urged him to turn down the role.

Eastwood ended up doing the move, of course. And while Every Which Way But Loose was hardly a cinematic masterpiece, it became a commercial hit. It did not ruin Eastwood’s acting career. While the decision to do the movie seemed risky at the time, Eastwood liked the story about a rough-and-tumble trucker and an orangutan named Clyde. It was something different.

“If you make a couple decisions where your instincts worked well, why would you abandon them?” Eastwood said.

I remember one night in the fall of 1988, walking to the mailbox and pulling out a brochure from the University of Missouri. I was a high school senior at the time, and I was looking at different colleges to attend. Missouri wasn’t on my radar at all. I had never been to the Show-Me State, and didn’t know much about it beyond Harry Truman and Mark Twain. In fact, I still have no idea how the people at the University of Missouri got my contact information.

Nevertheless, as I sat down at our kitchen table and flipped through the glossy brochure, I got excited. Something about the place just seemed right. I filled out the application that night and mailed it the next day. Ten months later, I was a freshman in Columbia, Missouri, more than 700 miles from my hometown.

I had practical reasons for choosing my college—I wanted to go to journalism school, and Missouri had a good one. Mostly, though, my decision was based on instinct. It just felt like the right place for me.

I think it was a good decision, and it has directed almost everything that has happened in my life since—my career, the woman I married, the city we live in, most of my friends. All of that would have been completely different had I chosen to attend, say, the University of Georgia.

I am grateful for following my instincts that night in 1988. The life that has unfolded since has been a good one.

As we get older and pick up more responsibilities, it becomes harder to act on a hunch. Often, we choose the safer route because we have so much more at stake than when we were young. We aren’t high school seniors anymore, and we certainly aren’t movie stars who can afford to take a chance on making a goofball truck driver flick.

But our instincts are still there. When is the last time you listened to yours? How did that decision work out for you? 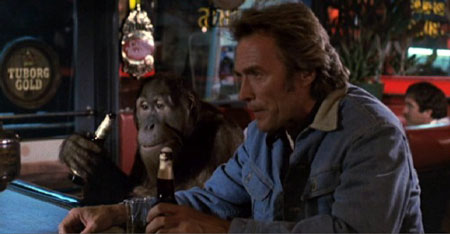 Sometimes, our instincts lead us to do strange things. 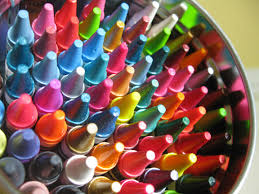 I met Michael Schwartz during my first semester at the University of Missouri in 1989. We shared an English class with about 10 other easily startled freshmen. Our instructor was a slightly mad fellow by the name of Aristotle Baklava, who did everything in his power to turn English 101 into a left-leaning political science course. Each week, he had us write term papers on different chapters from a book called Courage of Their Convictions: Sixteen Americans Who Fought Their Way to the Supreme Court. We wrote about gay rights, freedom of religion, freedom of expression and the uniquely American right to burn the country’s flag at the Republican National Convention. I have to admit I learned a lot about writing in that class. Once my terms papers started taking on a decidedly liberal slant, my grade average magically rose from a low “C” to a solid “A.”

I digress. When you’re in a class that is being led by a crazy man, it is natural to bond with the other inmates, um, students. Michael and I got to know each other because he decided to hit on one of our female classmates. One Friday afternoon, shortly after we were dismissed, he approached Jen, a bubbly girl with long, dishwater blonde hair, and asked if she would like to go with him to a movie that night.

Then Jen turned toward me.

“Hey Steve,” she said, “would you like to go to the movies with me and Mike?”

“Sure,” I immediately said, oblivious to Mike’s withering glare. I was an out-of-state student with no friends at school, so the idea of taking in a movie with other people was positively irresistible.

We went to the movies. We saw Sex, Lies and Videotape. I must say, if Mike intended to take Jen on a first date, he could not have selected a more awkward film to watch.

After the movie, the three of us wandered the streets of Columbia, Missouri, talking about our respective upbringings. It turned out that Mike and I had a lot in common. We both came from the South with dreams of hitting it big in journalism. We liked history and politics. We shared an appreciation for dry, sarcastic humor. All in all, Mike and I had a really nice date.

I am not sure what became of Jen. I think she left Mizzou after fall semester to study botany at North Dakota State. Mike, however, is still one of my best friends. Our friendship has survived several moves around the country, careers in newspaper reporting and broadcast news, and get-togethers in Las Vegas, Birmingham, Colorado Springs and Memphis.

Today, Mike has a video production business in San Francisco. He loves the Bay Area, but his time there has come with some challenges. Mike has been blind in one eye since he was a teenager, and his sight in the other eye has continued to deteriorate. He now faces the prospect of losing his vision altogether.

Mike, being the most positive and resilient person I know, has taken a will-do approach to this setback. He recently started an outstanding blog that outlines his next project: to see different parts of the world that he has always wanted to visit. The plan is to experience these places while he can see them for himself. Though his writings on the blog, Mike will take us along on his adventure.

When you have a moment, I strongly recommend you check out Mike’s blog, which is called The Crayon Box. You can also find his twitter feed here.

My college buddy is an excellent writer, and the way he frames up his next challenge is truly inspiring.