Something sad is happening this winter in Columbia, Missouri.

University of Missouri basketball has never been great, but it is usually pretty good. Most seasons, the Tigers will knock off a couple of highly ranked teams and contend for a berth in the NCAA Tournament.

Kim Anderson doesn’t have much to smile about these days.

This year, Mizzou basketball is terrible. The Tigers stand 7-20, having lost 13 straight games in the mediocre Southeastern Conference. Some of those losses have been heartbreakers, but most of them have been by double-digits. The team has looked overmatched against mighty Kentucky, and overmatched against less-than-mighty Alabama, Vanderbilt, and Mississippi State. The only suspense left to this season–Missouri’s worst in almost 50 years–is whether or not the Tigers will manage to chalk up another win. That scenario is starting to seem more and more like a childish fantasy.

This is the first season for Tigers coach Kim Anderson, a former Mizzou big man from the 1970s whose first game leading the team in Columbia was a humiliating 69-61 loss to a directional school, the University of Missouri-Kansas City. Everyone expected 2014-15 to be a tough season for Anderson. Previous coach Frank Haith left very few experienced players before bolting for the Tulsa job last April. Still, the roster has a few freshmen and sophomores who were top-50 recruits. There was reason to expect a young, energetic, competitive team.

That hasn’t happened. Some games, the Tigers play hard but make a ton of mistakes. Other games, they seem lethargic and make even more mistakes. Anderson has benched players and suspended players. He has lectured them about sitting up straight and looking people in the eye during post-game press conferences. He has talked about gutting the program in order to build it back up. Hopefully, these tactics will work, but it will take some time. Most people expect some players to transfer out of the program at season’s end. Next season could be just as bad as this one.

For long-time fans of Tigers basketball, it is just another chapter in a long story that even a Russian novelist would find too depressing to believe. When Missouri fans complain about the pain and anguish of being Missouri fans, they are mostly talking about hoops. Mizzou football has had a couple of famously devastating defeats, but the gridiron Tigers have been reliably good for more than 10 years. Tiger basketball, meanwhile, has been as volatile as a tech start-up’s stock price on the NASDAQ. 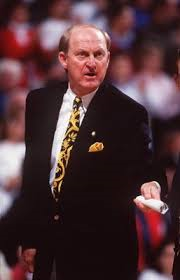 Norm Stewart’s teams were good, but not great.

I don’t want to bore you with too many details, but here’s what has basically happened with Mizzou basketball over the past 15 or so years:

Snyder takes the Tigers to four straight NCAA Tournament appearances, including an Elite Eight run in 2002.

The arrest of point guard Ricky Clemons and subsequent jailhouse tapes of him divulging some dirty laundry eventually lands the Tigers on probation for a couple of years. The program goes into decline.

Missouri’s new basketball palace opens and is named Paige Arena after the daughter of “anonymous” booster and Walmart beneficiary Bill Laurie. The building’s name is changed to Mizzou Arena a few days later, after news breaks of a college cheating scandal that involved Paige Laurie.

Anderson leads the Tigers to three straight NCAA Tournament appearances, including an Elite Eight run in 2009. He then bolts for the head coaching job at Arkansas.

Under new coach Frank Haith, the Tigers shock everyone by going 30-4 and winning the Big 12 tournament. They shock everyone again by losing a first-round game in the NCAAs to 15th seed Norfolk State. Haith sticks around for the Tigers’ first two seasons in the SEC, then bolts for Tulsa.

Which brings us to 2015 and the Tigers’ second Coach Anderson in less than four years. When Kim Anderson took the job, many fans had hopes of him returning Missouri to the glory days of Norm Stewart, when they recall the Tigers always playing hard and beating Kansas on a regular basis.

The thing is, even Stewart, over the course of 30 years, could not lead the Missouri Tigers to greatness. His teams won a few Big Eight championships and gave Kansas some headaches, but Stewart also lost a lot of first-round games in the Big Dance, He never reached a Final Four. His teams were talented but often suffered the same confounding lapses that have marked all Missouri basketball teams.

Throughout their history, the Tigers have never quite been tough enough, deep enough or big enough to achieve true college basketball greatness. George Mason, Virginia Commonwealth, Western Kentucky, Indiana State, Seton Hall, and the University of North Carolina-Charlotte have all been to a Final Four. The Missouri Tigers have not. 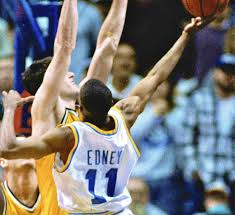 Yeah, this happened, too.

Maybe they will get there someday. Maybe 2014-15 is Kim Anderson’s Valley Forge, and he will go on to have a long, storied career in Columbia.

I have my doubts, though. The Tigers just posted another dumpster fire of a loss this afternoon, this time to a feeble, inexperienced but well-coached Vanderbilt squad.

It’s just another low for a program that has had too many of them over the past several years.

Stephen Roth is the author of the humorous novel, A Plot for Pridemore.

Be sure to “like” his author fan page at https://www.facebook.com/StephenRothWriter