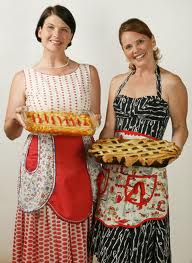 Cynthia had been gone less than a week when the casserole ladies starting showing up at Frank’s door.

Deborah Rhinehart was the first one. Frank had just dropped the last batch of relatives off at the airport and was looking forward to spending some time alone. Pulling onto the gravel drive, he spotted Deborah’s beige Chrysler New Yorker parked in front of his house. He thought about shifting into reverse and heading back into town, but it was too late. Deborah was already trotting toward his pickup, a deep glass dish brimming with chicken enchilada casserole in her hands.

“Frank, I am so sorry,” she said as he stepped out of the truck. “This was so sudden.”

Frank nodded, not knowing what to say. Cynthia had battled cancer for two long years. That didn’t seem very sudden to him. He knew Deborah meant well. She was a portly woman in her early 60s with a quick, gleaming smile. Her husband, Emmett, died of a heart attack six years ago. He collapsed behind the register of that liquor store his family had run for more than 60 years. A hell of a way to go.

“If you ever need someone to talk to about it, you know I’m a pretty good listener,” she said, offering up a cautious smile. “I don’t know exactly what you’re going through, but I think I have an idea.”

“Thanks, Deborah. I really appreciate it.” He took the casserole, which was still warm, and gave her a half-hug with his free arm. He had no idea where he would put the dish. The refrigerator was crammed with food from four days of eating, drinking and reminiscing with family members after Cynthia’s funeral. He might just eat the casserole tonight. Enchiladas were not his favorite, but they smelled good.

His next visitor appeared the following day, a Wednesday. Sandy Richardson was a slender, emotional woman who did a lot of communicating with her hands. Frank knew the minute he opened his front screen door that Sandy would insist on coming into the house and having a chat. Frank took her green bean casserole, which he had sampled many times at church picnics and other gatherings, and set it on the kitchen countertop. He returned to the living room with two cups of Folger’s Black Silk Blend.

“Shit, Frank. I don’t know what to say,” Sandy said, already tearing up. “Cynthia was a great woman. A great woman. The service last week was just beautiful. She would have been so happy. She was so happy.”

Frank smiled and looked down at his coffee. He knew Sandy well. They even dated for a short while in high school until Sandy caught him at the Highway 65 Drive-In with Tamara Brewer and kicked out one of the tail lights on his Pontiac. That was a long time ago and it was a story both of them enjoyed retelling every once in a while. Still, Sandy was crazy as bat shit. Both Frank and Cynthia knew it, as did Sandy’s longtime husband Trent. He put up with her antics for four decades before finally keeling over a couple of years ago while changing a car tire. Folks said the massive stroke was due to Trent’s chain smoking, which was probably a symptom of his turbulent, up-and-down marriage.

“I just want you to know,” Sandy Richardson said, placing a well-manicured hand firmly on Frank’s knee (it almost looked like a claw). “I’m here for you. Always have been. Always will be.” 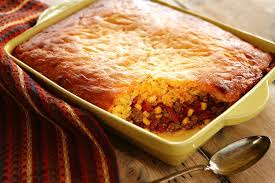 After 30 more minutes of tears and sudden, unnerving laughter, Frank ushered Sandy out the door and returned to his newspaper. He had barely gotten through the business section where there was another knock on the door.

“Are you home, Frank?” He recognized the voice. He could curse himself for not shutting the front door.

“Hello, Brenda,” he said, smiling and lifting the massive dish of three-cheese lasagna from her hands. “You are too kind.”

She walked into the house without being asked, which was Brenda Fink’s typical way of operating.

She cocked her head and fashioned a concerned look. “Oh honey, I know. I know she meant the world to you. I am so, so very sorry.”

“That would be wonderful,” Brenda turned on a couple of lamps and picked up the scattered newspaper to make herself a place on the couch. She was a tall, athletic woman who liked to wear bright-colored lipstick and pencil skirts that accentuated her legs. Everyone at Frank’s insurance agency was a little bit afraid of Brenda Fink, who was the office manager. She was twice-divorced and childless, yet Frank and the staff often called Brenda “Mother” because that’s the role she played at the agency. She kept the books, hired and fired, maintained Frank’s calendar and led all other administrative functions while her boss spent time with his clients. She planned the office Christmas party, remembered everyone’s birthday, and brought in donuts and pulp-free orange juice every Friday. 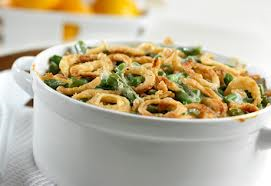 When Frank returned with the coffees, Brenda pulled a fat manila envelope from her pocketbook and plopped it on the coffee table.

“Sympathy cards,” she said. “I have another bag full of them at the office. I sorted through all of them and brought you the best ones.”

“Thanks,” Frank said, pulling out a greeting card with a water-colored rose on it.

“So when do you think you’ll be coming back?” she asked.

Frank tipped back his cup and took a sip. He had been thinking about that. Frank was 62 and didn’t want to run the agency much longer. He had always planned on retiring at 65, but Cynthia’s painful decline made him wonder if he wanted to wait even that long.

“Brenda smiled. She was sitting across from Frank, cup and saucer balanced on her well-sculpted knees. She moved the coffee to a side table and leaned toward her boss, the little gold crucifix on her necklace dangling over her freckled chest.

“Frank, you take as long as you need.” She clasped both of her man-sized hands around one of his. “You know I’ll keep things ship-shape and in good working order while you’re gone.”

She rose, brushing lint from her skirt. “I take good care of you, don’t I, Frank?”

He picked up her cup and saucer, and shuffled into the kitchen. It was 3 o’clock in the afternoon and he was still in his pajamas.

“You do, Brenda,” he said, dumping the cups into the sink with a considerable clank. “You’re top-notch.”

She smiled and nodded at Frank, turned on her orthopedic wedge heel and headed out the door.

He watched her cross the yard, rev up her car and speed off, a cloud of gravel dust in her wake. He closed the front door, locked it, then returned to the couch and his business section.

We finally moved the grill out on the backyard deck this week, and tonight we cooked chicken breasts lathered in a Hawaiian marinade, topping them with grilled pineapples. Then I took the boy to the swimming pool, got him to bed at a decent hour, and am writing this under the stars, hoping to see the season’s first firefly.

It’s finally summer in Kansas City, and life is good. If it were Friday instead of a Wednesday night, it would be perfect.