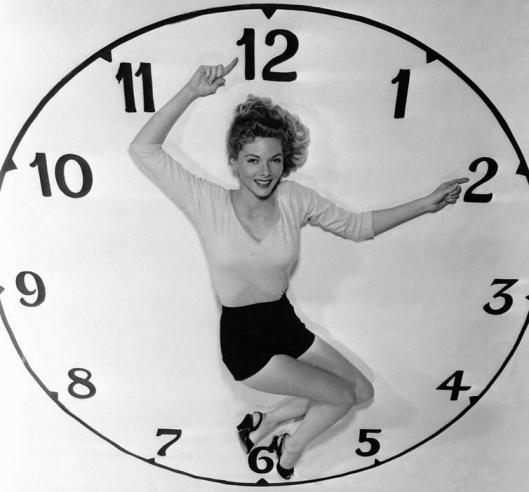 Okay, so the time change… is it really necessary? I have asked this question of various friends and Facebook contacts in recent days, and no one has been able to give me a compelling reason why our government-mandated time changes twice a year do our modern society any good. If it’s a case of saving electricity or promoting commerce, then why don’t we go to Daylight Savings Time all year long? If it’s about helping the farmers, then how does that work? Seems like they would want more daylight hours in the morning this time of year, not less.

I’m sure there’s a strong case out there for changing the clock twice a year, and I would really like to know what it is. Because “springing forward,” has created just a little bit of havoc in our household. Here is our three-year-old’s sleep schedule for the four days after the time change:

Sunday: took a two-hour afternoon nap; set a personal record by staying up until 11 p.m.

Monday: skipped his afternoon nap; found swaying and muttering like a drunken frat boy when picked up from day care at 5 p.m.; crashed 30 minutes later and slept until 6 a.m. the following morning.

Tuesday: took his afternoon nap; stayed up until 10 p.m.

Wednesday: took his afternoon nap; stayed up until 9 p.m.

So we are seeing some daily progress in the sleep routine, and I am sure we will be back on schedule by week’s end. And, of course, it will be great to have sunlight until 9 p.m. during the summer months. Still, in the near term, it is frustrating to endure this without a clear understanding why most of the country elects to abide by the Daylight Savings and Standard Time calendar.

(Also, it’s just weird to switch to summer hours in early March, when there’s still snow on the ground. A friend recently told me that that moving the DST switch to March was President George W. Bush’s greatest achievement, “because he put a little more sunshine into everyone’s lives.” And, yes, my friend was serious).

So, can anyone give me an explanation as to why we need to have Daylight Savings and Standard Time in this day and age? Anyone? Anyone?