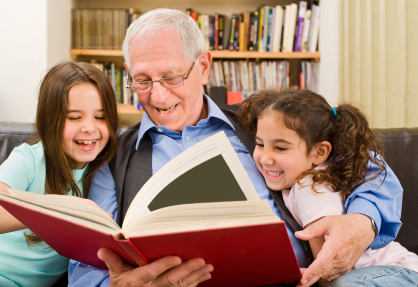 Got an eager, young reader in your home? These new titles will entertain and enthrall, while heightening your child’s awareness of the current geopolitical climate.

We Survived the Government Shutdown of 2018

Jake and Sophia haven’t seen their dad in four days. He’s on Capitol Hill, trying to hash out a deal with his fellow senators to reopen the federal government. Democrats and Republicans can’t seem to agree on anything, but Jake and Sophia have an idea about immigration reform that just might end the shutdown—at least for a couple of weeks.

Fantastic Beasts and the Women Who Work for Them

Julie is young, smart and has a promising career at the headquarters of a major corporation. Her only problem is the VP of marketing, who uses his power to lure Julie into his corner office with the shades drawn. Does Julie stand up to this creep, risking her shot at landing a coveted middle-management role? What follows is an important lesson for youngsters who have the ill-informed notion that the adult world is fair.

To the Edge of the World in 80 Days

All her life, Samantha has been told that the earth is round. She never questioned it until she became old enough to have her own social media account. Now, Samantha is on a quest to prove the world is flat, with a daring plan to ride her bicycle until she tumbles over the edge into nothingness.

This timeless parable about loyalty and love involves a rich man and the United States Congress. The man goes to Congress in the 1980s and early 2000s, asking for tax reforms that benefit the wealthy. Each time, Congress dutifully meets his demands. Finally, in 2017, the rich man—now an elderly billionaire—asks a weary Congress for one last tax break. Will Congress say yes, adding $1.5 trillion to the national debt? The conclusion is sure to bring a tear to your child’s eye.

Tales of a Working Class Nothing

Peter is having a rotten year. His younger brother, Farley, has a computer science degree and now gets all the attention as a highly paid programmer. Meanwhile, Peter has been working carpentry jobs with a bad back since getting laid off by the local automotive plant. There is hope for the future, though: Peter stands to save $400 on his 2018 taxes, thanks to the Tax Cuts and Jobs Act.

Choose Your Own Adventure: Tweeting with Kim Jong Un

You’re president of the world’s largest economy with a massive nuclear arsenal at your fingertips. However, the leader of some upstart rogue regime halfway across the world wants to start trouble on social media. Infuriated, you take to Twitter, but be careful! Your next 280 characters or less could spell a quick end for humanity.

Donald Jr. has 24 hours to prep for what’s sure to be a crummy interrogation from the special counsel on what he knows about the Russians. Join our hero as he and his lawyers pore over thousands of pages of documents, and Don Jr. wonders aloud if it’s okay to ask his dad for a presidential pardon.

Oh, The Places You People Will Go!

This illustrated classic follows the adventures of an immigrant family that has lived in the United States for 20 years but now faces an uncertain future. Will they be deported? Can their children stay in the U.S.? How will the courts rule? What will the government do? Meanwhile, in a different neighborhood across town, a white-collar, politically moderate family seriously considers moving to Costa Rica.

Mark Sanford won back his old congressional seat on Tuesday. Remember him? He was the South Carolina governor who, in 2009, went AWOL for several days after telling his aides he was going for a hike on the Appalachian Trail. Turns out, he was actually in Argentina with his mistress. Unfortunately for Sanford, a reporter with Columbia’s The State newspaper was waiting for him in Atlanta as he stepped off his return flight from Buenos Aires.

A lot of people wanted Sanford to resign after the Appalachian Trail story hit. After all, he had disappeared for nearly a week, lied to everyone about his whereabouts and cheated on his wife, all while on the payroll as chief executive of the state. Sanford, however, stubbornly hung on his job and managed to finish out his term. Politics, it seams, means never having to say you’re sorry.

A lot of people expected Sanford to retire into private life, cash in on his public service with a cushy corporate title, and perhaps write a mostly ignored memoir. Those people, however, know nothing about American politics in the 21st Century. After leaving the governor’s mansion, Sanford immediately began planning his political comeback, which culminated Tuesday with a win in South Carolina’s First District over Stephen Colbert’s sister.

Sanford may never go on to become president (he was considered a strong contender for the 2012 Republican ticket before The Hike That Never Happened), but his return to Congress is another reminder that there is no shame in American politics. Also, there isn’t much talent. How could both parties fail to come up with more viable candidates for a national seat that a disgraced former governor and a comedian’s sister?

The values of our elected officials, while probably never sterling, seem to have nosedived in the past several years. Looking back, Bill Clinton set a bad precedent by not resigning after the Monica Lewinsky scandal erupted and held the government hostage for more than a year. Instead of stepping down, he lied about the affair to Independent Counsel Ken Starr and to the media, then refused to leave even after he was impeached. Was the Lewinksy affair exploited by Republicans determined to destroy the Clintons at any cost? In my opinion, yes. But ol’ Bill didn’t do himself any favors by trying to cover things up. So he should have resigned. The Presidency should have been held a higher standard.

That, of course, was 15 years ago. In today’s world, accepting responsibility for your actions and mistakes is seen as a weakness among powerful people in the public and private sectors. Expressing regret or shame for something you did is considered political suicide. And, more often than not, the public does not hold these scoundrels accountable. That’s how we end up re-electing people like Mark Sanford who lack the common decency to just go away.