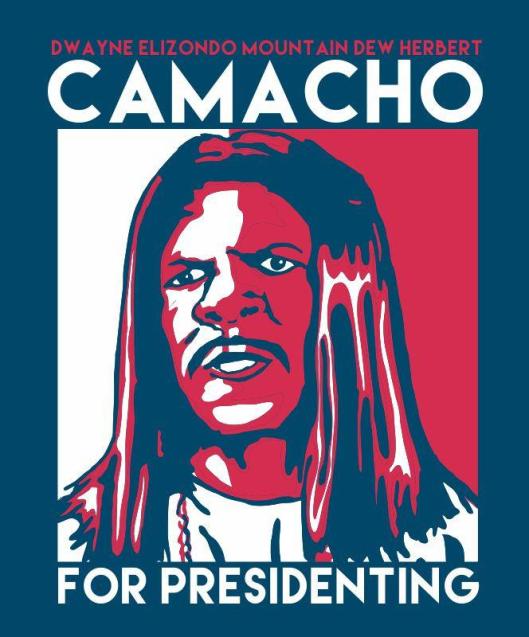 Mike Judge’s 2006 film, Idiocracy, offered a grim take on the future. The United States of 500 years from now, the movie predicted, will be populated by mentally inert people who speak a crude mix of hillbilly and hip-hop.

Idiocracy got it all wrong, of course. Turns out it only took 10 years—not 500—for the country to plunge into utter stupidity. Some of the more shocking scenes from Idiocracy—the crumbling highway infrastructure, the refusal of some people to leave their TVs to even use the bathroom—seem almost quaint now. Even the movie’s commander-in-chief, a former pro wrestler/porn star named President Dwayne Elizondo Mountain Dew Herbert Camacho, is immensely appealing by today’s political standards.

In fact, if Camacho decided to make a run for the Oval Office in 2020, I could totally get behind that. Here are five reasons why Idiocracy’s president, as it turns out, wasn’t so bad: