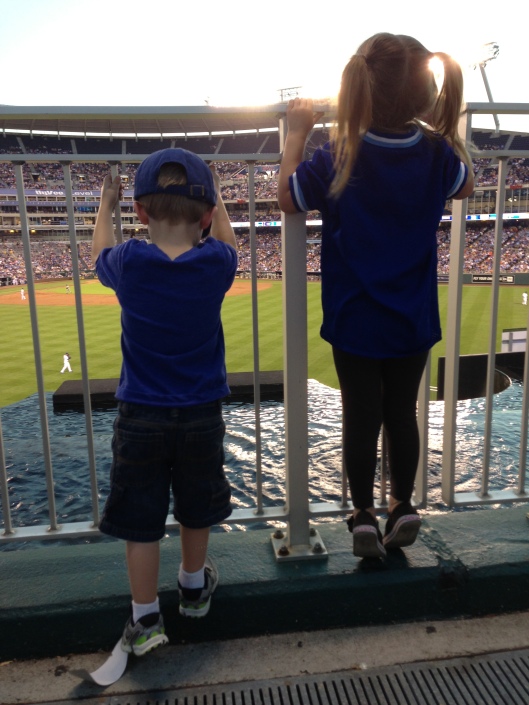 Saturday is your fourth birthday. I hope you will enjoy it. Nothing could top your third birthday, which we celebrated by spending a week at Disney World. You may remember your birthday dinner at Chef Mickey’s in the Contemporary Resort, the procession of Disney characters who stopped by our table, working you into a sugar-fueled, nap-deprived frenzy. You became so uncontrollable – rolling around the floor, hooting and screaming, doing somersaults out of our booth – that we had no choice but to put you in time-out right next to the gift shop and below the monorail station. Your mama and I felt awful about it, but that was the only way we could calm you down. It was really the one black mark on a trip that involved four Disney parks, countless character encounters and, amazingly, us training you how to go potty on your own.

Your fourth birthday, which will be spent with your friends at an indoor inflatable playground, won’t hold a candle to Disney World. But it will be the celebration of a year in which you continued to grow and thrive and learn so many things. As already mentioned, you graduated from diapers (at least during the day). You spent almost the entire summer at the swimming pool, finding the nerve to hold your head underwater, paddle around the shallow end, and even jump in all by yourself. You rode a big-boy bike with training wheels, learned the basics of football, soccer and basketball, and saw your first movie in a theater (Turbo: the animated tale of a snail who has the need for speed). You sat still and paid attention in your pre-K class, earning innumerable smiley faces on your performance chart. You learned that a pepperoni and sausage pizza from Casey’s General Store was the best food in all the world, except for your mama’s own spaghetti and meatballs.

The year 2013 was a challenging one for our family. You were a joy and inspiration through it all, however, even after you stopped taking naps on the weekends. When the weather was nice out, we toured the area playgrounds, including your beloved Penguin Park. When it was lousy outside, we did puzzles, played “catch” in the basement, and watch the same episodes of My Little Pony over and over again. We took you to your first Kansas City Royals baseball game, where you sat through two innings, devouring a hot dog and Cracker Jacks, before moving on to the outfield playground. You began a fascination with dinosaurs, and the T-Rex Café became your favorite dining spot.

Through all of this, you talked, sang and laughed constantly. Not a day passed when you didn’t say or do something that cracked your mama and me up. You showed a knack for one-liners, as I sometimes documented on my Facebook page (Me: We don’t ever whine in this house, now do we? You: Yes, but we can pretend to whine). You were smart-alecky, sassy and spoiled, but a blast to be around most of the time. When you got out of hand, you would reluctantly accept time-out, serve your punishment, then greet us with a grin and a hug. You were happy most of the time, and you never held anything against us for very long. Every single day, you said “I love you” to us, and that more than made up for all the unfinished meals, spilled bath water, and arguments over TV time.

These are just a few of the observations I can conjure up from what was another memorable, discovery-filled year with you, son. I know your fifth year is going to hold even more adventures, shenanigans and hilarious quips (“We ran out of batteries!” you said when the house lost power last summer). I can hardly wait for it to begin.

2 thoughts on “Happy Birthday To You”